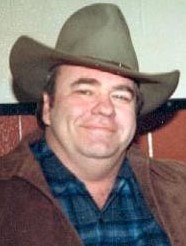 The Bionic Woman – The Road to Nashville

Hoyt Axton was born on March 25, 1938, in Duncan, Oklahoma. His mother, Mae Boren Axton, co-wrote Elvis’s monster smash Heartbreak Hotel with Tommy Durden, giving Elvis his first major hit record. Prior to becoming a Nashville music industry legend, however, Mae was a school teacher, a mother of two sons and wife to their father, John T. Axton, also a teacher and high school athletics coach. “Every weekend at our house,” Hoyt recalls of his childhood, “we either won, lost or got rained out.”

In the late sixties, Hoyt’s songs The Pusher and Snowblind Friend were immortalized by the prototypal metal band Steppenwolf. The Pusher, particularly, paid off at a good time for Hoyt: “I had two houses, three kids, two cars, $400 in the bank and bills to pay. The bank repossessed the Mercedes-Benz, and said I’d never get credit again,” he remembers. “On a Saturday morning, I went to the mailbox and there was a check for $14,000 for the use of the song in Easy Rider. I had a real nice weekend, and then on Monday another ten grand came in.”

After Easy Rider the ball was rolling, and it rolled right into the seventies. By then, Hoyt had turned over into the country/folk, country/rock style we are all so familiar with today. He had also signed on with Steppenwolf’s managers. The same people managed Three Dog Night, and in 1971 they recorded (at about the same time Hoyt did) the song that has become Hoyt’s signature tune, Joy to the World. Three Dog Night’s cover went to number one on the U.S. pop chart, where it stayed for six weeks. In October of 1997, it was certified at two million performances.

Though he has had over thirty albums released through the years, Hoyt Axton’s musical career isn’t all there is to “The Man”. He is also an artist, having published a book of his original line drawings, and an actor, whose Thesbian endeavors started with a part on the Bonanza TV series in 1965. To date, he has appeared in numerous TV shows and played parts in over a dozen movies, most notably portraying Alec’s father in The Black Stallion (for which he wrote his own lines), the young protagonist’s father in Gremlins and Father LeVesque in We’re No Angels (with Robert DeNiro and Sean Penn). He has also done memorable TV commercial appearances and voice-overs for the likes of Busch Beer, Pizza Hut and McDonalds.