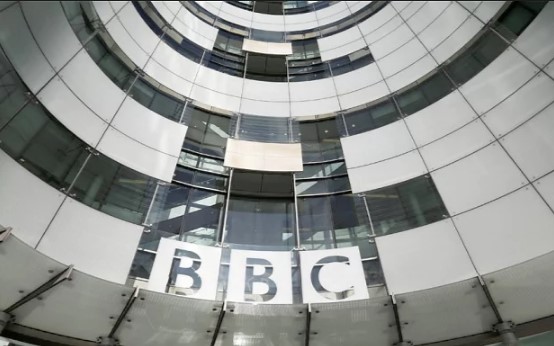 Introduction: According to the report of last year the total turnover of BBC topped £5bn for the first time with revenues reaching £5.09bn in the march 2012. BBC stands for British Broadcasting Corporation which is British public service. It was founded in 18 October 1922 by the John Reith. Its headquarters in London and areas served internationally. Its main products are, web portals, radio and broadcasting while its services are online, radio and television. It is world’s oldest broadcasting company which has 20,950 employees. Under royal charter the BBC was established and operates under secretary of state for media, sports and culture.BBC is famous across the world because of its popularity and quality news. It is one of the most watched channels in UK or in other countries as well. HM government is the owner of BBC. BBC quarter revenue comes from its commercial arm which also sells services and BBC programmes internationally and distributed 24 hour new services in English language, BBC world new, provided by BBC global news ltd. In the development of broadcasting and recording techniques a major role is played by the BBC research department. For the development of NICAM stereo standard the BBC was also responsible in early day.

How the BBC spends its £2.4bn television budget: For BBC the television bill is the biggest because this contains the cost of dramas such as, Sherlock and wolf hall and as well as expanding bill for presenters and actors. According to its annual accounts the cost of BBC of the corporation is £1.4bn a year which is equating to 6.5p per user hour. CBBC is the most expansive television programme which is costing 18.8p per hour. Local radio is the most expansive programmes which is costing at £116m a year, £154m per year, Radio 4, and Radio 5 live, costing £66m a year.
Annual budget for BBC one, BBC parliament, BBC alba, BBC News, CBBC, BBC four, BBC three, BBC two, CBeeies. 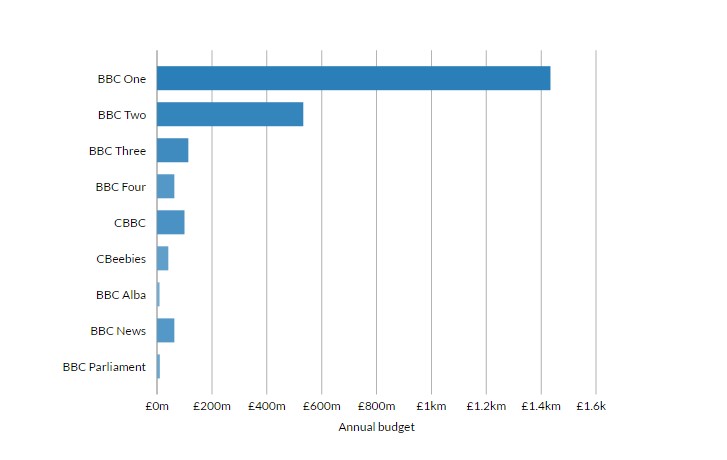 It spends £33m on performing groups and orchestras while it spends £254m per year on the BBC world services operating license. Altogether in 2014 the BBC spent £4.7bn under the plans of governments.

How the BBC spends money on other selected factors: 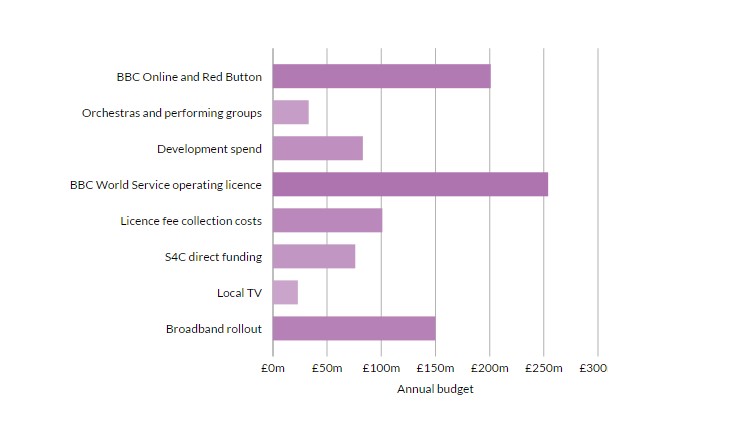